About The Final Touch Crew

Todd Banta, owner of Final Touch Crew automotive restyling, located in Frankfort Kentucky says he will do whatever it takes for customer satisfaction, even if it means losing money. And in these economic times, that says a lot about a business. Since 1995 Todd and his "crew" at Final Touch have been providing state of the art car and truck accessories, but have really found their passion and niche in the cosmetic automotive repair.

Todd and his wife Ginny originally started their automotive restyling business in Lawrenceburg Kentucky but were mobile back then. They made the move to Versailles Road shortly there after, in a storage facility behind speedway. They worked really hard to build up the Final Touch name and their clientele. They scrimped and saved working 12 - 14 hours a day while in the storage place and then bought the current property from Dr. Robert Mariner who was a local chiropractor. Apparently the move has proved to be more than advantageous

Todd wanted to offer a better atmosphere and create a greater presence in town. The Final Touch Crew now contracts with just about every auto dealership in town doing paint touch-ups and cosmetic repairs which allows his crew to always be on top of the newest vehicle technologies. Offering a wide verity of interior and exterior services, this crew has the amazing ability to make a used vehicle look brand new again. Today, more and more people are buying used vehicles rather than new ones. Parents buying cars for their teenage kids, those vehicles need an updated look. That is where we come into play

The appearance and customization of Final Touch sets them apart from all of the other vehicles on the road. Restyling services include windshield repair, spoilers, tinting, truck bed liners, gold plating and pin-striping. The Final Touch Crew does so many different things, but they specialize in paint touch-up and repair. They pride their selves in it, this is what they do best. In spite of the quality Final Touch Crew offers. This Final Touch Crew offers well over 700 lines of car and truck aftermarket accessories and keeps a variety of accouterments in stock for our customers convenience. Our customers are our top priority.

Todd also has his family to think about. In addition to owning the Final Touch Crew, his family which includes two children is also very involved in the community. Todd coached soccer and basketball at the local YMCA and Ginny is very involved with local school functions and sponsorship's. She also serves as bookkeeper and treasurer at Final Touch Crew. Both Todd and Ginny contend that the most rewarding part of their business is seeing the joy on their customers faces. Customer satisfaction is 100% . 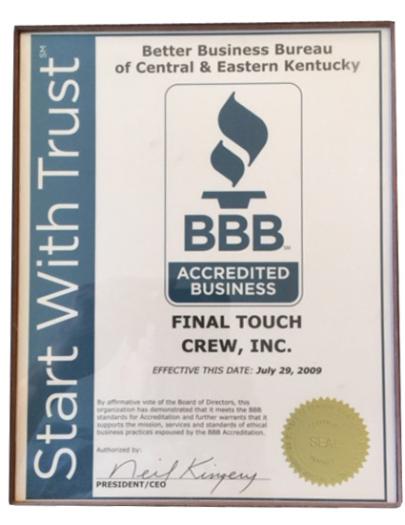 The final touch crew takes pride in our certified technicians 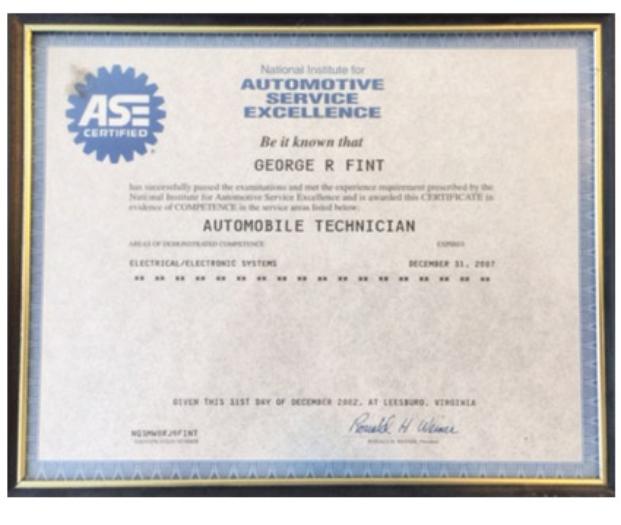 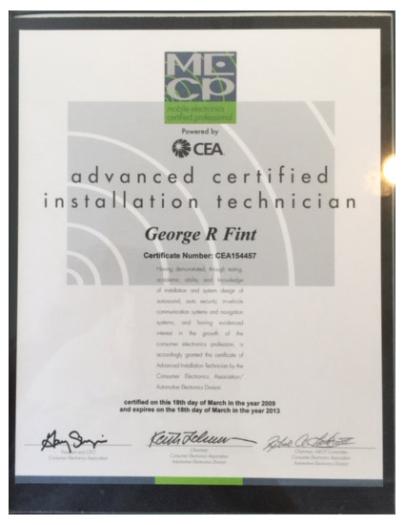